Go from searching to working

We bring the gig marketplace to your screen

So you’ve been thinking about offering your services in the gig market?

Welcome to the Gig Economy!

With every passing day, more people than ever are turning towards the gig marketplace to get some extra income to pay their bills, or even as a primary source of income.

And the income potential is excellent once you are able to enter the market and make yourself known.

Maybe a friend has offered to connect you with someone who might be interested in hiring you for a gig. 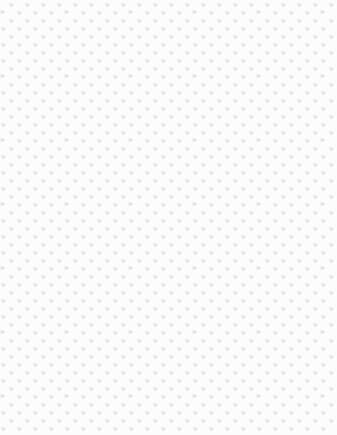 But a gig is temporary by definition.
So that won’t cut it

You need many different clients to hire you at different moments, in order for you to make some income continuously through your gigs.

You have to know HOW to get into the gig world.

Take a look at the following real-life cases:

Bob, a 55-year-old waiter, was laid off after his restaurant closed for a few months during the coronavirus pandemic.

Other restaurants were not hiring because people were not allowed to dine in. He started applying to other jobs, but no avail – no one would hire him in a difficult job market. Slowly but steadily, he was running out of his hard-earned savings.

His debts would start mounting soon.

He needed to do something different, and fast!

One day, while he was visiting yet another restaurant in a futile job search, he noticed that there were literally dozens of food parcels ready for delivery that were being picked up by a steady stream of people.

“I could do this” Bob thought to himself, since he had a car and loved to drive. As soon as he got home, he signed on to a leading gig platform that specializes in food delivery.

Not long after, his income was rising weekly and within a few months, it was back to the pre-pandemic level.

Jake, a graphic designer in his 30s , was finding it difficult to make ends meet in the expensive city where he and his growing family lived, with his wife Emily on maternity leave to look after their three-month-old baby. A demanding boss and heavy workload left him with little time or energy for their two other young children after a long work day.

Jake decided to do some freelance graphic designing as a side hustle on weekends. It took some time to develop his clientele but after a year, he was making enough from his side gigs to take care of the additional bills and put some money aside for a rainy day.

Meanwhile, Emily was dreading going back to her full-time position as a human resources manager; she loved spending time with the kids but how she could supplement their family income? Was her expertise in making vegan meals good enough to make some money?

Jake discovered that the new gig platform where he had successfully found good clients for his graphic designing service, also enabled new freelancers to offer a wide variety of services and skills. Emily wasted little time in setting up a detailed profile on the platform.

Today, Emily’s vegan meal planning business is thriving! Although she’s super busy, Emily finds that the ability to work on her own terms has given their family not just a new source of additional income, but more importantly, the opportunity to spend precious time with their young children.

Jake is now seriously considering building up his own graphic designing business, rather than slaving away at his 9-to-5 job for little recognition or reward. To their delight, Emily and he also found a couple of excellent babysitters on the gig platform, for the occasional night when they want to take a break and go out for a romantic meal.

Olivia, a 21-year-old student , tutored young students in her neighborhood when she was back home from school every summer, helping her to save up money for the school year.

But the pandemic disrupted her plans, because the need for social distancing meant that she could no longer offer in-person tutoring.

So, Olivia decided to look for a gig platform with built-in videoconferencing that would enable her to offer online tuitions.

Her plans met with success! Soon, she was not only tutoring her regular local students but she also had a few others from other places, including a couple of students from overseas.

The best part of her online gig was that she could continue to tutor throughout the school year, whenever she had the time, since she no longer had to be present in person for tutoring.

These people, along with many others, succeeded in entering and positioning themselves in the Gig Economy.

How can you do so?

After downloading the guide and taking the recommended steps, you will be much closer to your goal.

Having experienced the flexibility of working in the gig market and enjoying the work-life balance, none of the people we mentioned in the earlier cases would go back to their old jobs if given the opportunity!

But they took action...

You also need to take action...

And we are here to show you how to enter the gig marketplace.

As long as you have skills you can put up for hire, even if you lack formal experience...

There is an already huge and continually expanding market that can take advantage of those skills you possess and pay you handsomely.

It’s a win-win situation for everyone involved.

But every day that passes without taking advantage of this opportunity, you cease to earn some much-needed income through gigs.

This could amount to some serious money, money that someone else will surely make after a while.

This brings us to another point;

The longer you take to enter the gig market, the more competition you are sure to face, with an ever-growing amount of gigsters putting up their skills for hire.

But, just by downloading one simple - and free - guide, you could learn a lot about what you need to know about joining the Gig Economy:

Learn how to get clients to hire you in the gig market, in no time!

Because if you think about it…

We are offering you some invaluable information that could actually change your life, allowing you to grow and shine as a gigster and freelancer.

The way we work is changing forever, and the people who will succeed in this new world are the ones who can adapt to this new Economy.

Are you ready for the challenge?

Improve your chances of success. Learn how to make money from side hustles. Plan on becoming your own boss.